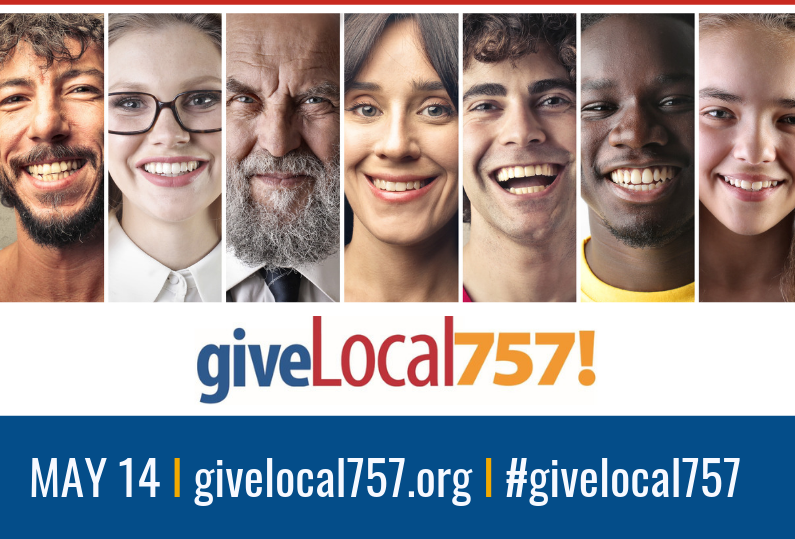 This year, personal fundraising campaigns for nonprofits proved popular, she said. The platform was tested last year and rolled out this year with prize incentives. The event raised about 7% more than last year’s $800,000 and brought in more than four times the $190,000 it collected the first year, she said.

“It’s much more meaningful when donors reach out to (raise money) and tell their stories about why they support an organization,” Flynn said. “It seems to resonate much more with new donors.”

Allowing donations to be scheduled in advance to qualify for giving day prizes fueled the increase, Flynn said. About 220 nonprofits participated, which was on par with last year.

About 40% of donors were giving to organizations for the first time, Flynn said. The Peninsula Community Foundation launched the event not only to help local nonprofits with online fundraising and social media promoting, but to connect nonprofits with new donors by making it easy for anyone to give with as little as $10.

“That’s what Give Local, really, is all about — making it very easy for anyone to be a philanthropist for a day,” Flynn said.

And two 11-year-old boys and neighbors living in Virginia Beach took that to heart. Derek Stevens and his friend Nick campaigned to raise money for Vanguard Landing, a nonprofit planning a community for people with intellectual and development disabilities in Virginia Beach. The fifth-graders wanted to do it in honor of Nick’s older brother, who has Down syndrome, mom Terry Stevens said.

“It’s so heartwarming to see your children wanting to help the community and their neighbors,” Stevens said.

The boys raised more than $4,700 — the highest of the personal campaigns, Flynn said.

Derek said he learned people are generous and that he was surprised by how much people truly did care.

“I’m pumped for my friends and all the other people with disabilities because this is going to be an awesome community,” he said.

Carlyle Gravely, who serves on the board of the Boys & Girls Clubs of the Virginia Peninsula, grew up in a family that was continually involved in helping the community, and carried on the tradition. The Newport News resident donated to 21 nonprofits during Give Local 757 and won the random drawing for donors who gave multiple gifts. As the winner, he selected a nonprofit, the Boys & Girls Clubs, to win $757.

Give Local 757 has become the largest fundraiser of the year for The Muse Writers Center in Norfolk, Executive Director Michael Khandelwal said. The center raised more than $28,000 — the most yet — and has increased its number of donors 10-fold since 2014, he said.

That helps support creative writing outreach programs to seniors, youth and military and veterans and pays for staff, teachers and other expenses, Khandelwal said. The center has also made connections with other nonprofits in the region through Give Local, he said.

“It creates visibility of the good work of all the nonprofits in the area,” Khandelwal said.

And the word has spread beyond Hampton Roads. This year, a prize challenge to collect donations from the most states helped set another record. Flynn said 1,400 donations came from outside Virginia from all the other states and from Australia, Canada, Germany, New Zealand, Northern Mariana Islands, Singapore, Thailand, United Kingdom and Uruguay.