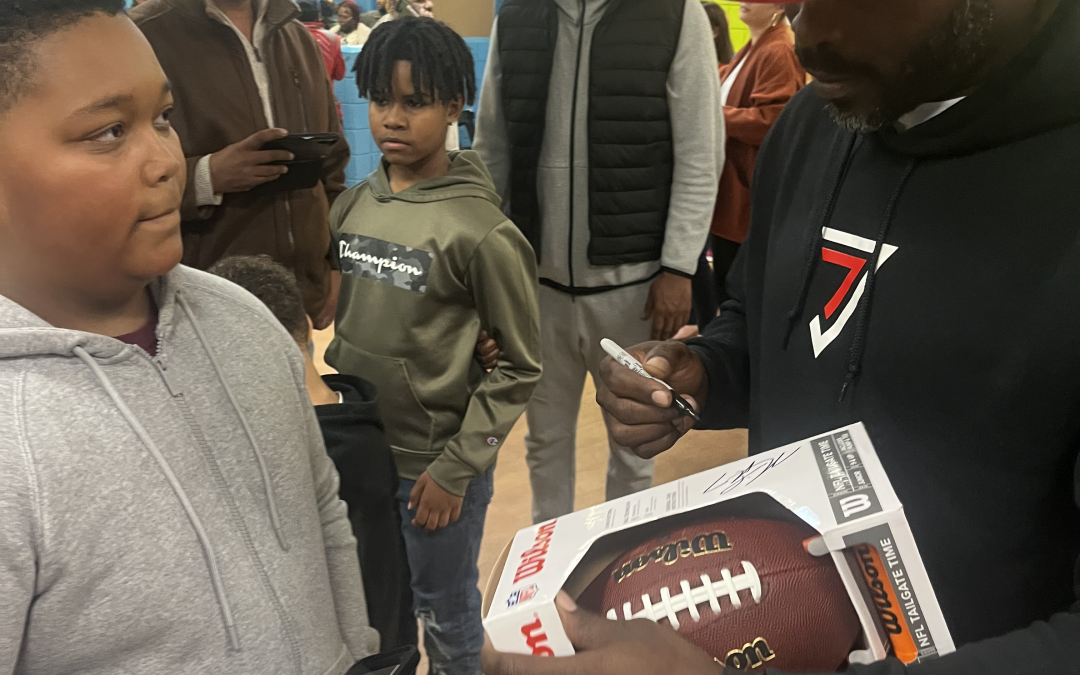 He teamed up with Newport News councilman-elect John Eley to organize a shopping spree at Walmart for kids.

“I’m just a community person,” Eley said. “I want to make sure all of the kids have opportunity. It’s my passion. My passion is Newport News. It’s so many people throughout this city that made this happen. It makes me very happy and proud to be able to help out and be a part of it.”

Eley serves on the Newport News School Board and was recently elected to join City Council. In January, Eley will join a council that includes Councilwoman Tina Vick, who was also spotted shopping for kids with her nephew.

The group and Newport News Sheriff’s deputies filled several baskets, then packed a U-Haul truck with toys for kids. The day wrapped up at the Boys and Girls Club on Hampton Avenue, where Vick grew up.

“This is home,” Michael Vick said. “I grew up in this Boys and Girls Club. I walked these same halls. I played basketball in the gym. I played football on these fields.”

About 50 kids from the Boys and Girls Club, churches and nearby neighborhoods were surprised by the toys.

At a private luncheon, surrounded by family, community, city and state leaders, Vick said growing up in Newport News was not always easy, but he will never forget those who supported him through good or bad times.

Now, he wants kids to know the importance of being a role model early on.

“They are all going to be successful in their own right,” Vick said.

Vick noted that this is the season to give more than you receive. He plans to host another holiday toy giveaway next year.

“I just wanted to bless those who deserve a blessing,” said Vick.