Newport News, VA –   Virginia’s Attorney General Jason Miyares recently paid a visit to Newport News, where he met with Boys & Girls Clubs of the Virginia Peninsula (BGCVP), the Newport News Police Department, and the Newport News Sheriff’s Office to discuss, “ways to reduce gun and gang violence, focusing on community programs and the important role they have in our neighborhoods.”

Miyares also toured BGCVP’s facility, where he spent time with the Club’s members and praising their community’s effort to create a “safe haven” for children to go to.

Boys & Girls Clubs of the Virginia Peninsula aims to inspire and enable all young people, especially those who need us most, to reach their full potential as productive, caring, and responsible citizens. They serve more than 5,000 youth on the Virginia Peninsula and in surrounding communities. Since 1946, they have provided boys and girls with an inclusive and safe place to learn and grow, foster ongoing relationships with caring adult professionals, and offer life-enhancing programs and character development experiences.

Governor Youngkin recently signed Virginia State Budget which also allocates nearly $3 billion in education funding, which House Education Chair Glenn Davis hopes can be used to bolster areas like Newport News. Several companies have also invested in the city’s growth, so community outreach partnerships with BGCVP will be all the more important to see the area grow safely.

Of his visit, Miyares said, “BGCVP does incredible work in Newport News, and on the Virginia Peninsula by giving kids a positive, safe environment to learn life lessons. Their work also helps to keep kids out of trouble and away from gang activity.” 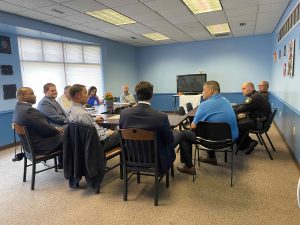 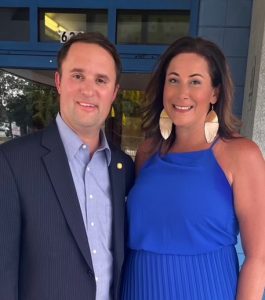 The Attorney General is Pictured with BGCVP CDO, Susan Cookman.