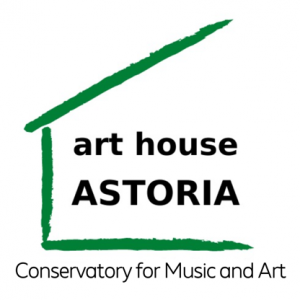 (Newport News, VA) December 8, 2021 – At the start of the new year, Boys & Girls Clubs of the Virginia Peninsula (BGCVP) will begin holding music and dance classes led by esteemed Broadway performer, Kevin Smith Kirkwood.  In partnership with Art House Astoria, a conservatory for music and art based in Astoria, New York, BGCVP members will prepare a song and dance with assistance from Mr. Kirkwood, and Art House Astoria Executive Director, and Broadway musician, Micah Burgess, via Zoom. The kids will debut their performance at Boys & Girls Clubs of the Virginia Peninsula’s 34th Annual Steak ‘N Burger Dinner on March 17th, 2022.

President & CEO of Boys & Girls Clubs of the Virginia Peninsula, Hal Smith stated, “I am incredibly excited for this partnership between Boys & Girls Clubs of the Virginia Peninsula and Art House Astoria. This is a great opportunity for our kids to have access to opportunities outside of the Hampton Roads area and expand their horizons. It is rare in any case to have the chance to train with and learn from professionals who have performed on Broadway.  We are very grateful to Art House Astoria, Kevin, and Micah, for taking on this project with us and our kids.”

Micah Burgess, Co-Founder and Executive Director of Art House Astoria remarked, “Art House Astoria is thrilled that we can provide the opportunity for the members of BGCVP to learn from Kevin Smith Kirkwood. Aside from being a talented performer with Broadway credentials, Kevin is also an experienced teaching artist who is passionate about working with kids. An opportunity like this has the power to change a child’s life.”

Art House employs quality, NYC-based instructors who possess great energy and passion for their art. They offer Private and Group lessons from Toddler to Adult. All are welcome at Art House Astoria, and they offer a friendly and inviting environment that encourages students of all ages and skill levels to discover their own talents. 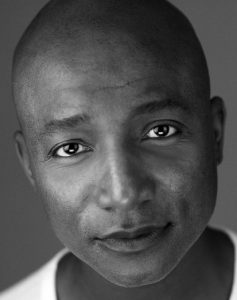 Kevin made his Broadway debut in the Tony award-winning musical, The 25th Annual Putnam County Spelling Bee and earned a 2005 New York Innovative Theater nomination for Outstanding Lead Actor for “It’s Karate, Kid?”  Kirkwood has appeared in Broadway’s Kinky Boots (2013 Tony Award for Best Musical; Grammy for Original Cast Recording) and made his feature film debut as Roxy in the 2015 horror film, Condemned. Kevin has also been featured on the first national tours of Spelling Bee, Godspell, Jesus Christ Superstar (Europe), and grease. On the award circuit, Kirkwood was nominated for the New York IT Award-Outstanding Lead Actor for his role as Mr. Miyagi in “It’s Karate, Kid! The Musical,” and was the award recipient for the New Hampshire Theater Award for his role of Angel in Rent.

Micah Burgess is a versatile guitarist whose credits include Cirque Du Soleil’s “Banana Shpeel”, the first national tour of “Come Fly Away,” and numerous off-Broadway productions. He has also been a sub on the Broadway productions of “Beautiful”, “Newsies”, “Soul Doctor”, and “Mary Poppins” and “School of Rock.”

As a composer, Micah co-wrote the score for “In The Magic of the Green Mountains”, a feature-length documentary with Rob Cookman featuring Tony Trischka on banjo. Other composing credits include the Off-Broadway production of “The Hat Left Behind” as well as a documentary entitled “I Am Bombay”, a featured selection at the 2006 Indo American Arts Council Film Festival in New York City and the 2007 Stuttgart Film Festival Germany. In 2008, Micah released his first CD as a bandleader, “We Do Know You”.

As an instructor, Micah has over ten years of experience including adjunct positions at New York University, The New School, Duquesne University, and the Queens Conservatory. He is a co-founder and guitar instructor at Art House Astoria, a nonprofit conservatory for music and art in Queens, NY.