They starred in high school on the Peninsula. Now, they’re giving back to the community for Thanksgiving 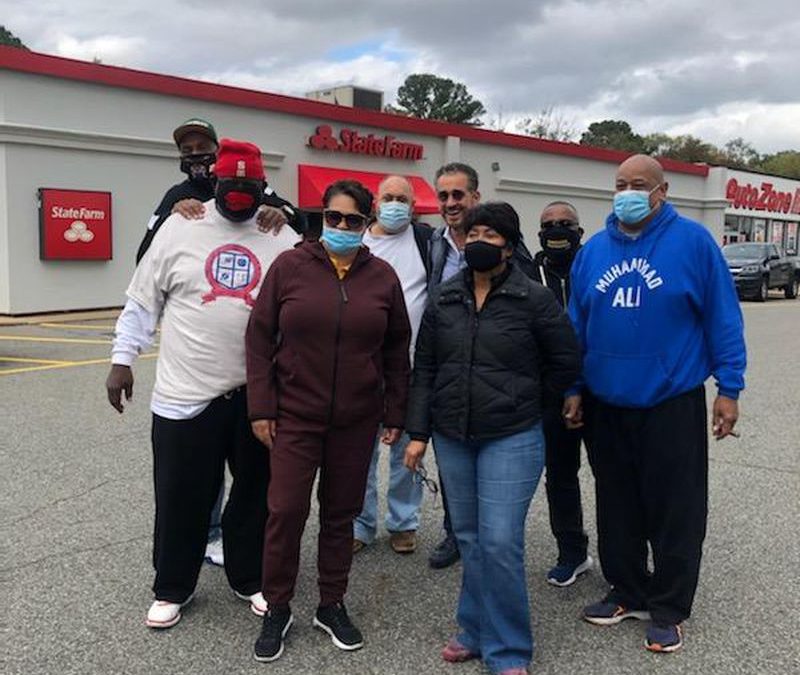 When Mikol Mills formed Peninsula Former Athletes & Cheerleaders several years ago, he envisioned a group that would leverage the area’s rich athletic tradition to guide youth in need of mentoring and help those in need. That vision has become a reality as Thanksgiving approaches.

The organization’s latest effort will be a donation of 50 boxes of food to families hit hard financially by the pandemic in Newport News, Hampton, Williamsburg and York County. Those are the areas that comprise the membership of athletes who once starred at Peninsula District and Bay Rivers District (formerly York River District) schools.

The Thanksgiving dinner boxes will include a turkey, canned goods, a cake and $25 gift certificate. Groups including the Aberdeen Association of Hampton, the Do Gooders of Shell Road in Hampton and 3e Restoration Inc. of Williamsburg will meet at Paula Boyd’s State Farm in Hampton on Saturday to collect the boxes and distribute them.

The effort is a huge step forward for Peninsula Former Athletes & Cheerleaders. Two years ago, it began its charity efforts by collecting a small number of canned goods, but has added the Thanksgiving drive to its annual Christmas event.

“As an organization, we feel great about the whole concept of being able to give back to the community,” said Mills, who started at quarterback and point guard for the football and basketball teams at Pembroke High in Hampton in the late 1970s, before playing safety at Hampton University. “The whole concept was to have athletes give back to the community and mentor youth.”

On the latter score, Mills says Former Peninsula Athletes & Cheerleaders will debut a “Positive Role Model” program next year. He hopes the effort gains momentum with a documentary featuring interviews with scores of Peninsula athletes who helped build the area’s sports tradition from the 1960s and beyond.

Gary D. Moore is part of similar efforts as founder and director of Crossover Promotions LLC and Moore Management and Entertainment LLC. As such, he is a regular contributor to the Peninsula Community Foundation Scholarship Endowment Programs for Historically Black Colleges and Universities and to mentoring programs, so he was happy to assist Mills in his food drive.

“The Peninsula has always been known for great athletes, so when he started that group, it touched me personally because I love to see the community in action,” he said. “What Mikol is doing adds to that, and when you’re looking to empower the region, we can’t do enough.

So, too, is Angel Nelson, Chief Operating Officer for Boys & Girls Clubs of the Virginia Peninsula.

“This (food drive) not only brings the community together, but, for me, it goes even further,” she said. “As part of the Boys & Girls Clubs, I think it teaches youth how to give back.

It’s an example of: `This is what we can do in the community for each other.’ We all serve the same kids and try to give them opportunities to learn and grow and get ready for the future.”

Paula Boyd, a sideline cheerleader for Mikol Mills’ high school teams, then a cheerleader at Bethel after Pembroke closed its doors, said this is a time when that example is more important than ever.

“As a business owner, you want to be able to give back to your customers and to people in the community,” she said of her motivation for hosting the giveaway from 10 a.m.-2 p.m. on Saturday at her State Farm office at 4910 West Mercury Boulevard in Hampton. “It’s been a very tough time for a lot of people and families, so it’s an honor and a blessing to get the opportunity to give back to the community.”