Boys & Girls Clubs of the Virginia Peninsula: A haven and a home 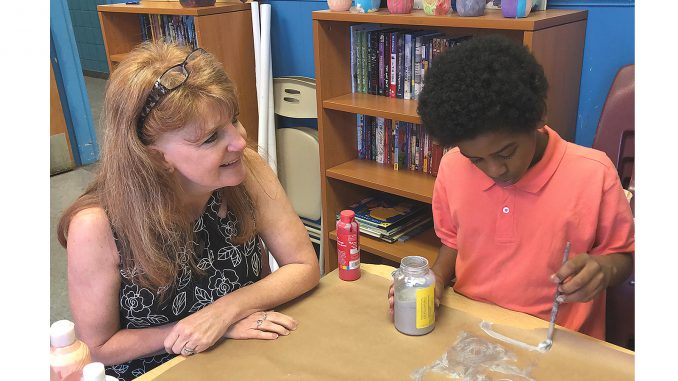 We were thrilled to be featured on the front page of May’s edition of the Oyster Pointer. Thanks to Sylvia Weinstein, and her staff, for all of the support! For the full feature, visit the Oyster Pointer’s website.

Within the Boys & Girls Clubs of the Virginia Peninsula (Club), encouragement is the language spoken. Its climate is warm and engaging. Its major landmarks are compassion, determination, a sense of belonging and opportunity. Its currency is the goodwill and support of its families, volunteers, community and business partners. Its most treasured jewels are its boys and girls, filled with the potential and power to change lives, demolish stereotypes, bridge cultures, govern communities, lead industries, own companies and win championship titles.

The Club’s 73-year history overflows with inspiring stories of success and accomplishment across multiple faces, places and spaces. Today, the Club embraces 1,000 members daily throughout its 13 locations in Hampton, Newport News, Gloucester, Mathews and York. It serves 6,000 children annually.

The stated mission of the Club is “To inspire and enable all young people, especially those who need us most, to reach their full potential as productive, caring and responsible citizens.”

Hal Smith, club president and CEO, has witnessed and participated in many of these students’ transformative journeys. He has held his current position for nearly five years and prior to that, served as its chief financial officer and as a former member of the board.

“Our kids don’t just graduate from high school; we help them to have a plan after high school. That plan might be college, the military and a trade school or certification program to help them enter the workforce. We help them figure out what they want to do and give them the opportunity to achieve it,” says Smith.

Says Helmuth “Chip” Trieshmann, M.D., chairman of the board of directors, “After 15 years as a volunteer, I continue to learn more about what we do for our kids and for the community. Every day, you find something different with what we do from education to character development, to healthy lifestyles, citizenship—to everything that makes somebody a good person and a good member of the community.” The Club’s statistics reflect the significant impact it has had on the lives of its members.

Last year’s survey reports that 90 percent of members feel that they belong, people listen to them and their ideas count at the Club; 97 percent believe there is an adult at the Club who expects them to follow the rules, wants them to do their very best and believes in their future success; 89 percent believe that there is a staff member in the Club who cares about them and what is going on in their lives; 95 percent of members are on grade level; 98 percent expect to complete high school, 87 percent expect to go to college and 76 percent of students reported that they have mostly grades of A’s and B’s. Furthermore, 96 percent believe that they have good or great leadership skills and 89 percent believe they can stand up for what is right, even if their friends don’t agree.

Michele Benson, chief development officer, has been with the organization for nearly a year. “We are making a meaningful difference in this community by giving our kids every opportunity to succeed, making them feel valued and instilling hope in them for a brighter future. Our kids amaze me every time I visit a Club.”

Prior to Benson joining the Club, she worked with the Virginia Peninsula Foodbank for nearly eight years. She believes that people would be surprised to know that the Club provides a snack and a nutritionally balanced meal for its kids every day. “For some kids during the summer, it’s the only meal they may get when they’re with us. Last year, we provided more than 345,000 meals and snacks through our 12 fully operational locations.”

In March, the Club honored 104 of its most outstanding kids during its 31st annual fundraiser, “Steak ’n’ Burger.” Attended by 360 people, this signature event celebrated its children in attendance from its 12 locations. From these locations, these young folks were selected to represent their units for exemplifying good behavior, upstanding values and positive attitudes. Included in this group were four teenagers nominated as the Club’s Youth of the Year Finalists.

Earning top honors and the title of the 2019 Youth of the Year was Satinika Perrin, who is currently a senior at An Achievable Dream High School. She has attended the Marshall Courts Boys & Girls Club since she was six years old. She’s an honor student and vice president of her senior class. After graduation, she hopes to attend Elizabeth City State University to major in psychology.

“Being a part of the Club when I was younger helped bring me out of my shell and taught me to speak up about things that matter to me,” she says. As Perrin shared her experiences, her story of loss and determination moved many people to tears and applause at her resilience and grace.

The dinner also awarded its 2019 Volunteer of the Year, Hakima Muhammad. Muhammad has worked on behalf of the southeast community for more than 40 years to support and improve the lives of the homeless, minority at-risk youth and low-income families. She is founder of an enrichment program, “Sister to Sister and Brother to Brother.” The Marshall Courts Club nominated her because of her creative programs and far-reaching impact on both local and regional clubs and agencies.

The Club’s strong support of its people, priorities and programs is underwritten by a generous business community and individual donations. Says Smith, “What we need to be doing right now is preparing to face the next challenge that comes our way. My top priority is to make sure that we will still be changing lives for another 75 years.” With the love and admiration that the Club’s current and former members have for the staff, volunteers and the facility itself, it is evident that they will ensure that this home—this haven—
remains open for all.