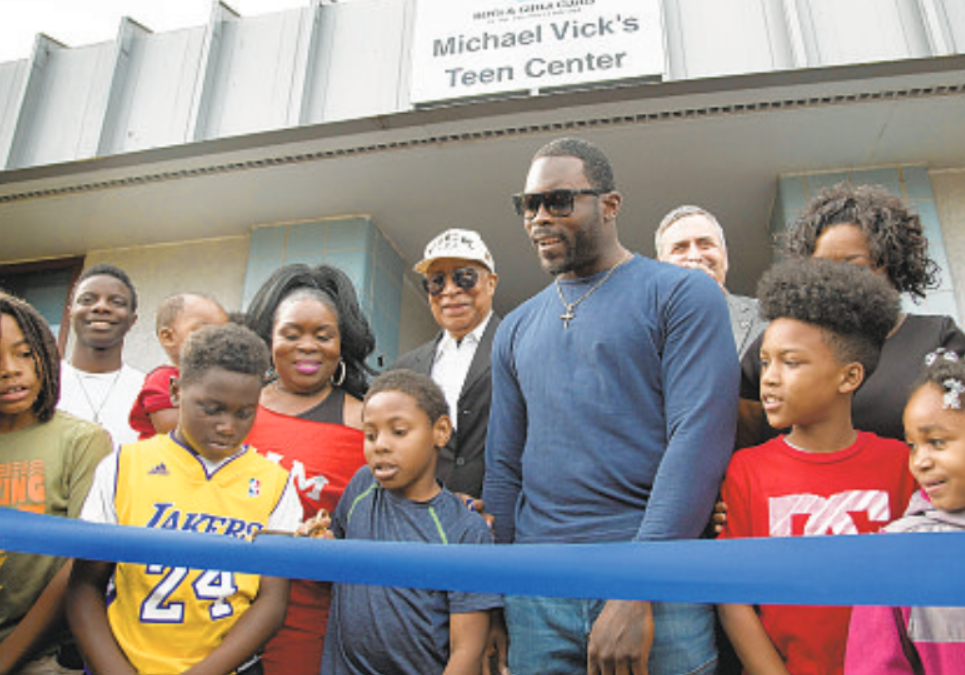 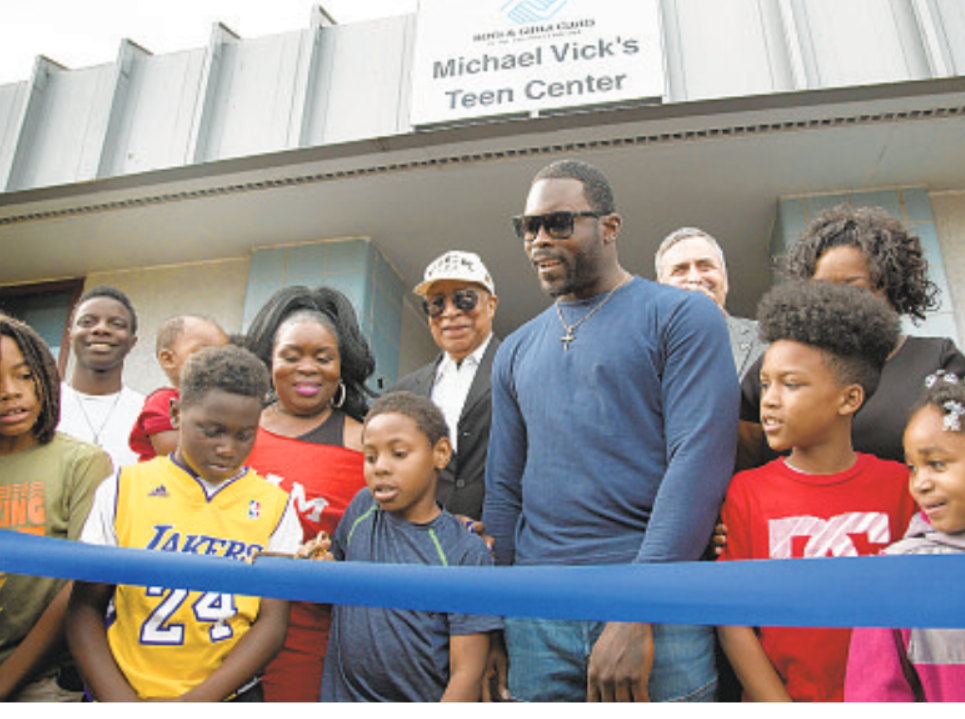 The teens at the Boys and Girls Club in southeast Newport News have been waiting months for a space to call their own, and Friday afternoon former NFL quarterback Michael Vick was the one to help provide it.

A center named for Vick opened in the club to give teens a space and an entrance of their own. No one under 13 years old will be allowed. There also are plans to begin construction on a new computer lab for the teens next week.

“For the kids to really have someplace to learn and grow and feel safe — it’s huge. And to just feel like they have something that they own, it’s amazing,” said Angel Nelson, chief operating officer of the Boys and Girls Clubs of the Virginia Peninsula.

The club serves about 100 children from 6 to 18 years old, and about 45 of those are teens, Nelson said.

The teenagers knew the room was being remodeled, but they didn’t know that Vick, a Newport News native, had a hand in it.

After the teens had the chance to hear from Vick and the ribbon was cut, they were invited into the room, which had new furniture and flooring along with three televisions sets and Xbox video gaming consoles.

Some went straight for the video games, while other boys started a game of checkers. A few were watching to make sure that none of the younger kids tried to sneak into the room. And several of them waited for a chance to take pictures with Vick, who retired in 2017.

Monifah Parker, who has been coming to the center for about a year, said the first thing that caught her attention was the bright blue and orange paint on the walls.

“Honestly, I just really love it all,” Parker said.

Vick attended the center growing up. He said he decided to donate to the teen center because he wanted it to serve as a reminder that things will continue to get better.

“I feel like the kids deserve this. They’ve been working extremely hard to try to be the best versions of themselves around here and they’ve been dreaming,” Vick said.

Vick said he wants to see the whole club remodeled and said he hopes to help do the same for Boys and Girls Clubs all across the country.