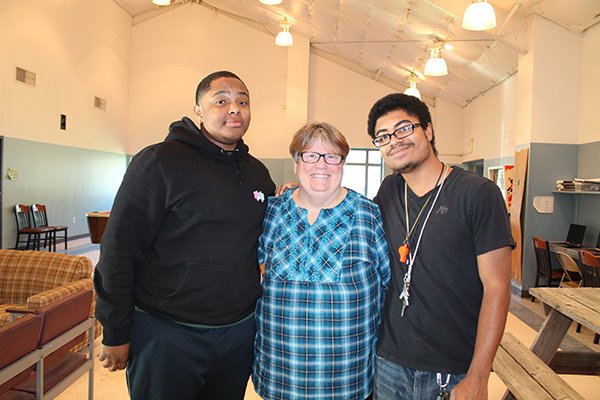 Cindy DiMarino, interim unit director of the Mathews Boys & Girls Club, has a busy spring ahead of her as she works to increase membership in the club.

She said she also plans to concentrate on bringing in more members more often and on boosting the club’s teenage membership. In addition, she will focus on quality programming.

The club’s main goal, said DiMarino, is to make sure that everyone graduates and has a plan for the future. With that in mind, she said, a Power Hour is set aside to help students with their homework.

The program “Smart Girls” teaches young women about positive relationships, self-esteem, and making the right decisions, she said, while “Passport Demanded” is a program that teaches teenaged males how to behave in certain situations, how to dress for success, and other life skills.

“We don’t want to be just a gym,” said DiMarino.

But even the games have an underlying purpose. For instance, DiMarino pointed out that when participants play pool, they have to share one pool stick to help them with socialization skills. They thus learn to figure out how to solve problems and handle conflict situations under supervision.

The junior staff program at the club provides older teenagers with a job that carries responsibilities, which helps foster leadership, she said. A bonus is that younger children have mentors to help them along the way, as well. Each year, the club picks a young person to compete against other young people from the region in the Youth of the Year contest. The regional winner has a chance to compete all the way up to the national level.

The club is open from 3-8 p.m. each weekday, said DiMarino, and all participants receive an after-school snack and dinner under the USDA Child and Adult Care Food Program (CACFP). The club serves 45 meals a day every day that it is open, she said. Meals are prepared at Poquoson High School and delivered to all 13 clubs in the Boys & Girls Clubs of the Virginia Peninsula service region.

DiMarino has been serving since 2006 as a service director overseeing the operations of six clubs in the region. She said it’s not unusual for her to have to fill in when a unit director moves on. She said the club hopes to have a new director by July 1.

She said she got her start in 1991 as a part-time summer employee. She was promoted to program director at the club in Newport News when it was the only club in the district. In 2004, she was made unit director in Mathews and, after serving here for two years, was transferred to Newport News for the program director position.